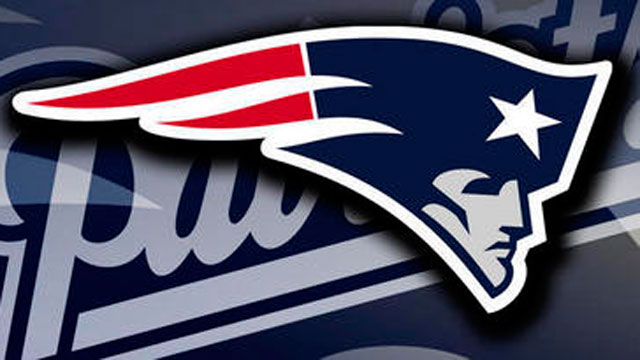 When Roger Goodell, Commisioner of the National Football League, first announced that the New England Patriots were being investigated for deflating footballs in their game against the Indianapolis Colts, I felt both shock and dread. I felt shock not at the allegations being made against the Patriots but instead at the manner in which Goodell was revealing these allegations, and dread not of a just punishment but of one completely unmerited. As soon as I had read multiple articles on the topic, I immediately knew that at least one person within the Patriots organization was guilty. Despite what other fans of the Patriots might protest, the Ideal Gas Law does not fully explain why only the Patriots’ footballs were underinflated, some by a significant amount of pounds per square inch. Too many pieces of evidence, revealed during and after the Patriots’ Super Bowl run, pointed to willful cheating by at least one member of the Patriots organization.

Thus, I was satisfied when star quarterback Tom Brady was specifically mentioned in texts that could make investigators reasonably sure that he had bribed locker room attendant Jim McNally into deflating footballs to his preferred air pressure. Additionally, footage from video cameras showed McNally entering a bathroom with the footballs in question right before game time. The NFL does not require absolute proof to lay down the law, and in my eyes they didn’t need it; since McNally had broken the rules and Brady was his reason for doing so, they were to be punished. However, this investigation completely failed to find any evidence that team coach Bill Belicheck, team owner Robert Kraft, or any other high-level official had supported or even been aware of this development. In fact, the report specifically stated that other Patriots personnel had no knowledge of the actions orchestrated by Tom Brady. Imagine my surprise, then, when the New England Patriots as a team were hit with the harshest punishment ever doled out to a team: a $1 million fine and the loss of both the 1st- and 4th-round draft picks for the 2016 NFL draft.

Before I get into what I disliked about this investigation, let me state what I agreed with. The one thing that does make sense to me is Brady’s punishment. I’m sure that I’ll be met with fierce disagreement from my fellow Patriots supporters here, but Jim McNally’s texts implied a persistent effort on the part of Tom Brady to violate NFL rules over the course of the past season. Sure, it is only “more probable than not” that Brady did such a thing, but that should not lessen the punishment because it merely represents a failure on the part of the investigative team. Brady deserves the 4-game suspension that he currently possesses, despite how his appeals process could reduce the number of games that he misses next season.

I do not have even an inkling of an understanding as to why the Patriots were punished as a team, but then again there are many parts of the investigation completed by Ted Wells and the punishment handed down by Troy Vincent (read: extension of Roger Goodell) that I cannot fully grasp. First of all, there is no significant mention of why the Colts and the NFL had prior knowledge of the practice of deflating footballs. This precognition was established when D’Qwell Jackson, a linebacker for the Colts, intercepted a Tom Brady pass and brought it to the officials to have its pressure checked, claiming it felt deflated. However, Jackson later admitted that before the game he was told to get his hands on a ball and bring it to the officials for examination. This plan was verified by the Indianapolis general manager, who went on to reveal that he had informed the NFL of the Patriots’ practices before their playoff game was to occur. Overall, it seems “more probable than not” that the NFL knew about the deflation of footballs before the game began and still allowed the game to be played unfairly, without even informing the officials on the field that the Patriots’ balls should be checked thoroughly. There aren’t many good explanations as to why this happened, except that perhaps the NFL wanted to catch the Patriots in the act of deflating footballs in order to have a better case against them. If so, the league took advantage of the Colts’ playoff prospects and focused not on the game they champion, but on the image they present by catching cheaters in the act.

Troy Vincent represented the NFL in terms of punishment based upon the Wells Report, and he failed to provide adequate reasoning for the draconian terms levied against the Pats. He notes three reasons for team castigation: previous organizational rulebreaking, one instance where an investigational interview was denied by the team, and a lack of truthfulness on the parts of Brady, McNally, and a third participant, John Jastremski. The first reason is not at all a reason for the presence of punishment, but perhaps a justification for severity of punishment. The Patriots were found to have knowingly broken minor filming rules in the scandal known as SpyGate, and this definitely governed the NFL’s decision to punish decisively. However, I am more concerned with why there was a team punishment to begin with, and to find the answer to that the other two reasons must be examined. The denied interview and lack of truthfulness would open up the Patriots to judgment if they were within reason and the Patriots were at fault. This, I have found, was not the case.

The interview with Jim McNally that did not occur was to be McNally’s fifth in the investigation and his second with the Wells team. The Patriots had made a previous agreement to make individuals available for one interview with the Wells team, and McNally had a full-time job to return to after his role was fulfilled. After 7 hours of comprehensive questioning in his first interview, McNally was sent home, only to have his presence be requested again. The Wells team could not provide extenuating circumstances that would be reason for McNally to be interviewed again, and out of respect for McNally the Patriots denied the interview and instead offered text evidence instead, which ended being used to incriminate McNally. If the Patriots were knowingly impeding the investigation by withholding McNally, why on Earth would they allow the NFL access to direct proof that McNally deflated footballs? In terms of investigational cooperation, the case of McNally’s fifth interview can be tossed as reason for punishment. That leaves us with only the untruths told by Brady, McNally, and Jastremski in the interview process. Seeing as all other Patriots personnel were cleared of wrongdoing, it is unlikely that the three listed above were told to lie for the organization. From all available evidence, it seems as though owner Robert Kraft and coach Bill Belicheck support their employees’ statements because their employees lied to them. If the NFL wishes to punish the Patriots solely for not knowing what certain members of the team were doing, they are punishing for ignorance. And the NFL cannot do so right now without appearing to be hypocrites of the highest caliber.

How, you ask, are those representing the NFL hypocrites for punishing the Patriots based on an ignorance of their employees’ actions? Well, the sequence of events surrounding the game with the Colts is logic enough. The NFL was informed of potential Patriots’ wrongdoing and failed to inform game-day officials that Patriots’ materials were to be checked out prior to the start of the game. The NFL itself propagated ignorance in this case, and in doing so a playoff game was unfairly carried out. According to the NFL’s reason for punishing the Patriots, the NFL should share responsibility for the violated integrity of that game with the three individuals who orchestrated ball deflation and the rest of the Patriots organization. Additionally, the NFL’s handling of the now-infamous Ray Rice case proves that ignorance exists in the NFL office. Roger Goodell personally meted out discipline for Rice’s instance of domestic violence against his wife, banning Rice for 2 games while the world saw video footage of Rice knocking out his fianceé in an elevator. Later, Goodell increased Rice’s suspension, claiming he had not seen the video in the process of punishing Rice. Goodell claimed ignorance as a defense for Rice’s meager suspension when the piece of evidence that he was supposedly ignorant of was being viewed online all across America. Were Goodell held to the same standards he holds the Patriots organization, he would be directly at fault for Rice becoming active after 2 games. That is the problem with the Patriots’ punishments: when the standards that they embody are held up to the group judging the Patriots’ guilt, that group cannot declare itself innocent of wrongdoing.

If I had a favorite conspiracy theory surrounding the NFL and the Patriots, this would be the time to outline it. However, the only reason I can think of for an unjust punishment such as this is the NFL’s vulnerable image. The Patriots were in the national spotlight when team members individually violated rules, and so an example had to be made to show that cheating, or knowledge of cheating, or lack of knowledge of cheating, could not be tolerated. In the minds of 31 out of every 32 NFL fans, the Patriots were guilty and had been guilty of breaking every rule in the book, ever since the league punished them for improper videocamera placement. That meant that the Patriots had to be punished no matter what the investigation found, because anything else would be a failure to uphold standards of play in the eyes of the fans. Rather than attempt to become the unstoppable force in the classic physics problem, the NFL gave in to the unyielding cattle of the majority to protect its image and all the profits that go along with it.

And as perhaps 5% of the NFL’s fan population watched, the Falcons were found to have illegally pumped crowd noise into their stadium for the past two seasons. The whole front office of the Falcons organization was aware of this practice and admitted to being aware of their blatant cheating. And what did the Falcons get? A fine 35% the size of the Patriots’ fine, and the loss of a 5th-round draft pick, as compared to the Patriots’ 1st- and 4th-round draft picks. This discrepancy, more than anything, verified the fact that the Patriots’ case was not examined as an isolated event, free from outside judgment. If anything, its result was assumed before the Wells Investigation officially began, and all Ted Wells and his crew were tasked with was the verification of the beliefs of Roger Goodell and the NFL fanbase.

Call me a bitter Patriots homer all you want; it has already been done and it will continue to be done. It’s eminently clear that Goodell punished the Patriots on unreasonable standards which he cannot maintain himself. The Patriots were punished because they were in the limelight and three of their employees cheated, not because the Patriots’ organization as a whole was guilty of any wrongdoing. My point being, the Patriots were punished simply to uphold the image of the National Football League as an association devoted to fair play.