An Interview with Eckhart: The Crucible 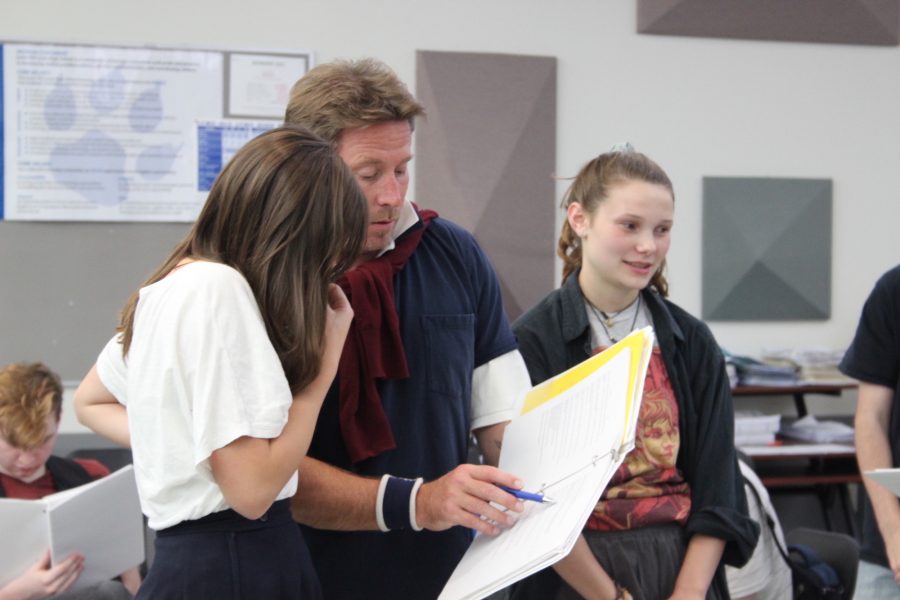 This past week I had the pleasure of sitting down with  director and teacher Mr. Eckhart. I took the time to ask him a few questions about this year’s upcoming production, The Crucible. (Be prepared for tangents)

CS: When and how did you decide the play for this year?

BE: “When” was last year, and “how”… dare I say that Ms. Bailey [Nickerson] had a lot to do with it… For past years I’ve done sort of silly, fun- entertaining I would imagine- plays, and it was time I felt to do something a little more weighty, and a little more meaty. I’ve always liked The Crucible, and I knew that the English department had done The Crucible- I figure it’s around Halloween, and Bailey sort of pushed it over the top; She said “I love the crucible!” and I said “That’s odd because that’s exactly what I was thinking of” and boom! Bailey gets her wish.

CS: So far how do you think the rehearsals are going?

BE: Oh my God it’s horrible! [Laughing] It’s chaos! Oh- I’m sorry were you done with the question?

BE: Rehearsals are going well, to a degree. Today I’m going down to record them [takes out small recording device], because I feel like they are not rehearsing enough.

BE: It’s fabulous- it’s got a tripod and everything… So yeah, I think that rehearsals are going okay, but they could be better- but we’ll be ready. Oh yeah- we’ll be ready.

CS: Alright, what do you anticipate to be the most challenging aspect of this year’s play?

BE: Uh [sees bag of greasy doughnuts on desk], do you want a doughnut?

BE: Okay. They do look a little greasy. I’m gonna throw those out.

CS: [Laughing extensively] What if I put in “Do you want a doughnut?”

BE: [Mocking the transcription] “At which point he offered me a doughnut” [Laughs] “At a vain attempt at distraction…”

BE: Yes-no listen, ready? Are you recording still?

CS: [Still laughing] I’m going to have to listen to this so many times-

BE: Listen, listen- the most challenging part of this play, as many plays, would be the lines. The amount of lines that the students have to memorize is pretty big; I think it’s bigger than any show that I’ve been accountable for here, in the building. So that’s a huge hurtle for a lot of the kids involved because we also have a lot of kids that have never been involved in a show. So that’s a huge hurtle right there.

CS: Okay- what do you believe will be the most attractive aspect to potential audience members?

BE: Brennan Griffin would like me to say him-

BE: But, the fact that it’s an American classic, the fact that it’s around Halloween time- the selling point of the play: Classic: Check. Something that we do here in school: Check- I think a lot of the kids are gonna say “Oh, we read that in English, why don’t we go check it out as a live performance?”, and  the timing- like I said, Halloween. It’s a no-brainer for me.

CS: Okay, what will the audience remember the most?

CS: [Also laughing] Why is this such a weird question?

BE: It is! Because there’s so many answers that I could give, so I’m sifting through, what should I give… Um… Hopefully, the most memorable thing that they get from this- the work that the kids have put in to this. They’ve come a long way. You asked how it was going and I said it’s not up to par right now, not by my standards anyway, but I can see the light at the end of the tunnel, and I know that these guys are gonna do a great job with it. And, I would hope that the biggest thing the audience takes away is the amount of work the kids put into it.