IT – A Horror Movie? 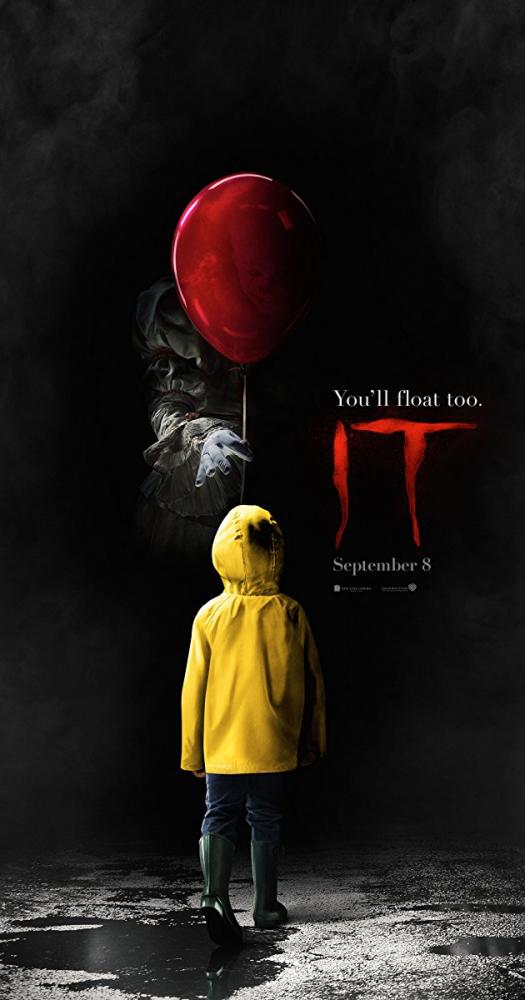 *This review contains spoilers! Read at your own risk!

“It” is the 2017 movie adaptation of Stephen King’s 1986 novel. The movie begins with the disappearance of Georgie Denbrough, younger brother of Bill Denbrough, who is abducted by Pennywise the clown. Disappearances in the town of Derry, Maine continue as Pennywise abducts more and more children. The movie follows Bill and his friends as they attempt to solve these disappearances and defeat Pennywise.

When I first saw the trailer for the book-to-movie adaptation of Stephen King’s “It,” I assumed, like most, that it would be horror-filled and likely make me tremble in fear (okay, maybe not tremble, but at least have a bit of trouble falling asleep afterward).

After watching the movie once, I was surprised to find myself able to fall asleep as normally as any other night. The truth is, I didn’t find It scary. Sure, there were some jump scares which made me flinch, and I’m definitely not a fan of Pennywise’s “unique” smile, but overall, I wasn’t left with a sense of panic and an irregular heartbeat. With this being said, however, I still think that It was an incredible movie- I don’t think that its lack of terror detracted from its value in any way.

After watching the movie for a second time, this time with a friend who was equally as surprised at its lack of fear-inducing content, I continued to hold my belief that It’s value remained high regardless of its fear-factor. As a friend of ours commented, the story is about the children overcoming their fears: Eddie and germs, Mike and the fire, Beverly and her father, Stanley and the woman from the painting, Bill and his brother’s disappearance, Richie and Clowns. By the end of the movie, all of the children are forced to face their fears as Pennywise morphs into personifications of their fears which they have to fight. Ultimately, all of the children overcome their fears and fight Pennywise. Since the clown thrives on fear, it disappears after the children are no longer afraid. Because of this overarching theme of overcoming fears, I think it’s quite fitting that the movie wasn’t made to necessarily induce fear, rather, the movie demonstrates how to overcome fear.