Lyme-Old Lyme High School Presents Once Upon a Mattress 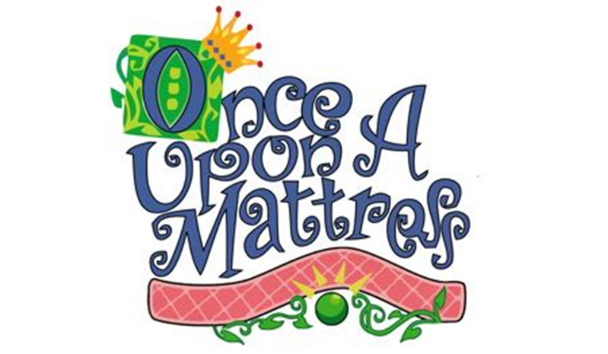 Hear ye, hear ye! We have an opening for a princess! The dates for Lyme-Old Lyme High School’s spring musical are rapidly approaching. This year, the Old Lyme Players is tackling the classic comedy Once Upon a Mattress. The musical reveals the untold stories of The Princess of the Pea as the audience discovers that the “lost princess” was actually royalty in the swamp lands, not a girl wandering through a storm who stumbled upon the castle. Princess Winnifred, nicknamed “Fred,” falls in love with the dapper Prince Dauntless and must pass the Queen’s virtually impossible royalty test before she and Dauntless can get married, but Queen Aggravain plots to sabotage Fred so that she and Dauntless cannot be together. Meanwhile, Lady Larken and Sir Harry, an unmarried couple living in the kingdom, are expecting a child, and they wait anxiously for the royal wedding as no one in the kingdom is allowed to get married before Prince Dauntless.

The musical is directed by Jim Motes with musical direction by Kristine Pekar, choreographed by Bethany Haslam, and conducted by Jacob Wilson. The show also features sets by William Allik and costumes created and organized by Denise Golden.

Once Upon a Mattress stars Natalie Golden as Princess Winnifred, Caroline LeCour as Queen Aggravain, Jacob Olsen as Prince Dauntless, and Lauren Mitchell as the Minstrel. Additionally, the show features Sean Spina as the king, Elyza Learned and Liam Clark as Lady Larken and Sir Harry, Haley Stevens as the Jester and Sophia Griswold as the Wizard

The cast auditioned for the show in December and has been rehearsing on weekdays from 2:45-5:30 with additional Sunday choreography rehearsals from 4-6. The company has devoted lots of time and energy to the production and is very excited to share the production with an audience!

Once Upon a Mattress opens at LOLHS on Thursday, March 22nd with performances on the 22nd at 7 p.m, the 23rd at 7 p.m, and the 24th at 2 and 7 p.m. Tickets, sold online at www.region18.org and at the door, cost $12 for students and senior citizens and $15 for adults. Old Lyme Players encourages audience members to come ready to laugh and enjoy this light-hearted, hilarious musical comedy as the cast and crew create a fairy-tale world onstage.