Boys soccer in a must win situation 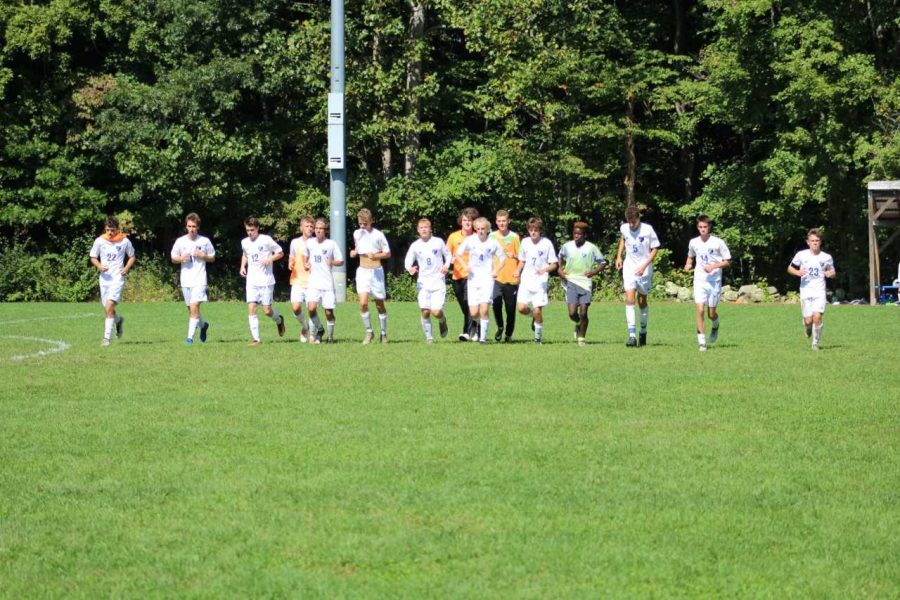 After a strong start to the season Old Lyme soccer was back to competing, even after suffering heart breaking losses to 2 very respectable programs in East Lyme and Old Saybrook. Both of those teams sit atop there respected conferences with one loss separating the two. In the middle of September head coach Marc Vendetti had his team right where he wanted them to be, which was back to competing in games vs high level programs and taking care of business in their in-conference schedule by putting on a scoring fiesta vs North Branford winning 8-1 with Senior striker Quinn Romeo scoring a hat trick. Old Lyme took care of business the following week by beating another Shoreline competitor in Portland 2-0, after Junior Nick Fava scored the go ahead goal in the first half by hitting an absolute screamer from 30 plus yards out. The month of October has been a rough one for the wildcats. After winning a conference game vs Westbrook on October 2nd, Old Lyme has lost its winning ways by suffering losses to Coginchaug, Stonington, and Cromwell. On Old Lyme senior night the team tied East Hampton in a crucial game. Old Lyme finds itself in a tough situation now needing to win one more game to make the state tournament with 3 games remaining. Old Lyme schedule doesn’t get much easier since they have to face quality teams in Guilford, H-K, and Lyman Memorial. Each team remaining on Old Lyme schedule has only four losses or less this season with quality wins across the board. Old Lyme best chance to punch their ticket into the state tournament comes on October 16th against the Haddam-Killingworth Cougars who suffered an early season loss to Portland 0-1, where as the wildcats beat Portland 2-0 at home on September 21st. Lets hope our boys soccer team can pull off a big victory this upcoming week to punch their ticket into states and hopefully make a run from there.