TICKETS ON SALE: Anything Goes opens at Lyme-Old Lyme High School February 7, 8, and 9 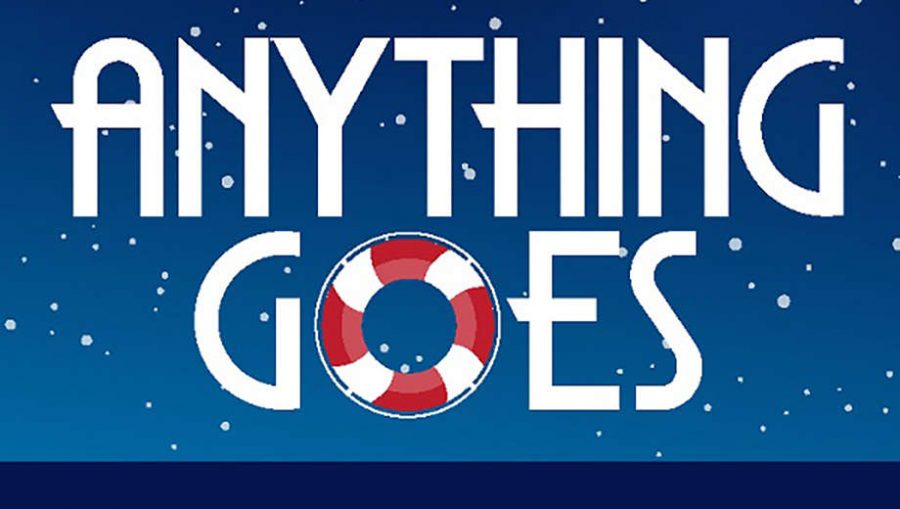 Anything Goes follows nightclub singer Reno Sweeney on her voyage from New York City to England aboard the ocean liner the S.S. American. Reno’s friend Billy Crocker, a stock broker, has stowed away aboard the ship in pursuit of his love, Hope Harcourt. The only problem is that Hope is already engaged to a rich British man, Lord Evelyn Oakleigh. Joining the love triangle is Moonface Martin, Public Enemy #13 who has boarded the boat disguised as a minister, and his sidekick Erma. Together with the help of the dancing sailors and two Chinese gangsters, Reno and Moonface must assist Billy on his mission to win back Hope’s heart.

The show includes memorable songs by Cole Porter that many audience members will recognize, such as I Get a Kick Out of You, It’s De-Lovely, You’re the Top, and of course, Anything Goes.

Anything Goes features choreography by Bethany Haslam of The Dance Center of Old Lyme, set construction by William Allik, costume design by Denise Golden, music direction by Laura Gladd, and direction by Brian Cheney. Although this is Cheney’s first time directing a production at LOLHS, he has been the assistant director to Laura Gladd at Lyme-Old Lyme Middle School for the past few years as well as directed many other high school and college productions. He has also been a professional performer for more than 20 years. “I think what’s been the most fulfilling thing for me is to be able to give the students a glimpse at what a professional rehearsal process is like,” says Cheney. “It’s been great being able to support them in that way.”

“Mr. Cheney really lets you as the actor discover who the character is yourself,” says junior Philip Sweeney, who plays Billy Crocker. “Then he’ll just make any changes if there’s any problems.”

“And if you have a question, you know he has an answer for you,” adds senior Elyza Learned, who plays Reno Sweeney. “And if he doesn’t right away, he’ll get back to you.” 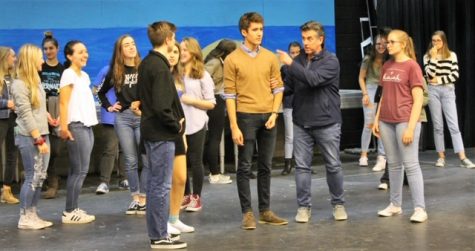 “I hope people come see the show because we’ve worked really hard, and it’s also really funny,” says Morrison. “There’s some awesome dancing and our costumes are going to be great and our set is really cool…overall, it’s just going to be a great show!”

“It’s a classically-period, comedic piece so it’s a really funny show,” adds Cheney. “And I believe this is going to be one of the best musical performances the community has seen at the high school.”

Tickets can be purchased at this link or at the door, $12 for students and senior citizens and $15 for adults. For more information, call the high school at 860-434-1651 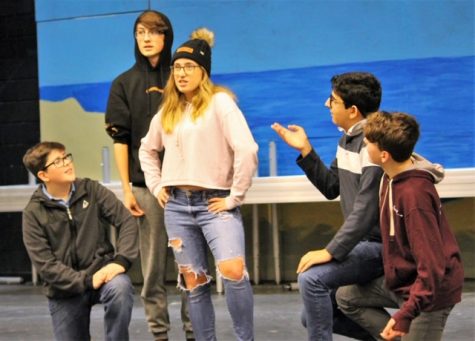