Canvassing for Bernie Sanders: “Your suffering is not necessary.” 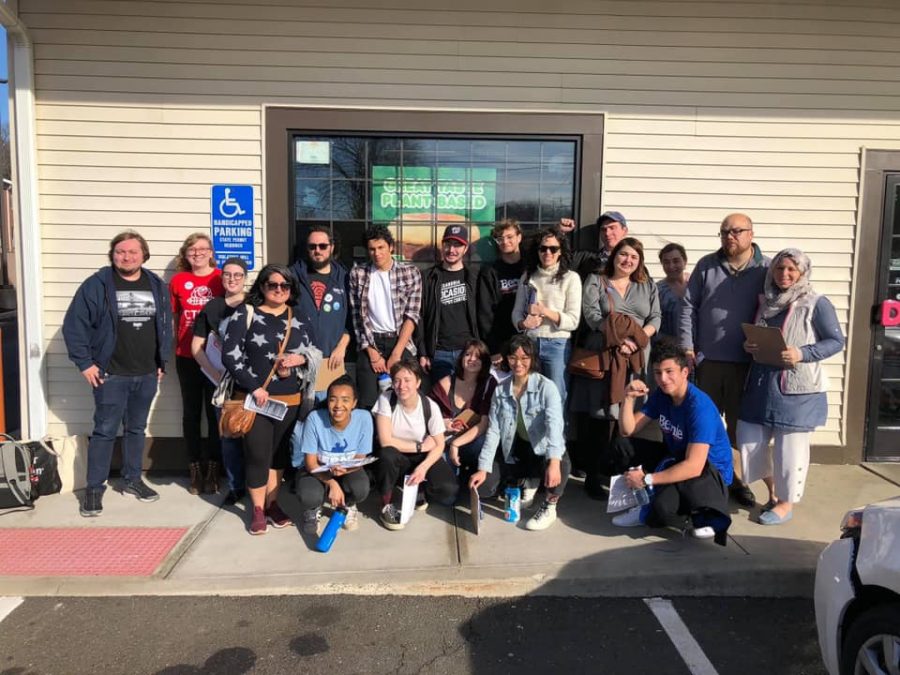 This past Saturday I went door to door with fellow organizers from the Central Connecticut Democratic Socialists of America (DSA). We were joined by the Yale and Wesleyan DSA and had a great turnout of 21 people.

In groups of two, we traveled across our respective “turfs” within New Haven, particularly within impoverished communities. In total, I and my fellow canvasser, a labor organizer named Alec, got to about 50 houses within 2 hours. Being on a Sunday, many people weren’t home, but we had a few very substantive conversations, some of which were with people who only spoke Spanish.

One conversation reminded me why I had gotten up at 9 AM on a Sunday to drive to New Haven. Alec and I came upon a man sitting on his porch smoking a cigarette in front of a very rough-looking home. I’ll call him “Ray” for the purpose of the story. Ray prefaced our conversation by stating that he doesn’t pay attention to politics. He said he simply has too much to worry about within his own life, notably: crippling medical debt, rent-related worries, and grave difficulty in finding a job being an ex-con (following a marijuana-based conviction). I showed Ray some policies from Bernie’s platform pictured below. I explained to him how his struggles are political. Medicare For All entails total medical-debt forgiveness. Housing For All vows to ambitiously end homelessness and provide affordable, quality housing for all. Criminal justice reform and a jobs-guarantee vows that someone like Ray would never again have to be unemployed because of a past conviction a white kid would have gotten away with.

One particular stance caught Ray’s eye: Education for All. I saw a glimmer in his eyes at the premise of a tuition-free public university. “I have always wanted to go back to school,” he said. For the first time in the conversation, I saw something very special within Ray: hope.

Ray didn’t care about politics because his view of politics was traditional: well-groomed men in a beautiful hall discussing anything but real change to improve his material conditions. He has good reason not to care about what happens within our government, because he’s smart enough to know who the government represents, and he knows it’s not him. In fact, only 55.7% of Americans voted in the 2016 elections. There is a laundry list of reasons for this, but primarily people feel entirely disenfranchised and unrepresented by the options given to them, so they don’t bother to show up. This should be seen as a complete failure on behalf of both political parties to give people a reason to vote for them. Additionally, it just so happens the massive amount of people who don’t vote is a target demographic of the Sanders campaign, and giving the disenfranchised a reason to get involved in the political process is a central goal of the movement. 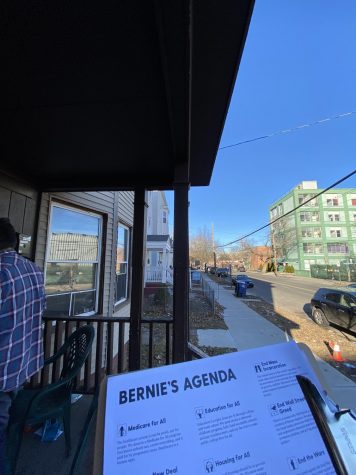 I have made my issues with capitalism very clear through my work in this publication. However, what may be the most egregious achievement of neoliberal capitalism is its ability to convince people like Ray that their suffering is necessary; a fundamental law of nature. This is aided by our explicitly capitalist ideology. It is commonplace within American discourse that if one has a lot of money, they are good; they have worked hard, are smart, and successful. If someone is poor or unemployed, they are lazy, stupid, and worthless. When someone like Ray looks at the conditions of their life and sees disparity, our capitalist ideology tells Ray, “You should have tried harder or been smarter.”

If the ideology were more honest, it would tell Ray, “You shouldn’t have been born black and poor in New Haven.”

The reality is the conditions of people like Ray exist for greater reasons than himself, namely a system that is comfortable with tossing Ray aside to make way for corporate interests who have more representation in the government than people like him. To work on this campaign is not simply to vow to reform policy in the government, but to completely reshape the broken ideology of the “Neoliberal-American Hellscape,” or as some call it, “Denny’s.” Such a monumental effort of changing our country must be coupled with a reformation of how we view the weakest in our society. We must no longer look down to chortle at the suffering masses, but watch in disgust as our economic paradigm tarnishes the potential of millions by forcing them into unlivable, dead-end lives. Additionally, it is paramount to convince people like Ray that their suffering is not natural ant that through real struggle and political mobilization, change can be made.

Knocking on doors on Sunday was an extremely enlightening experience. Looking back on it, to give someone like Ray the hope to know that his life is worth a future is one of the things I have done that I am most proud of. I know we’re on the right side of history and I plan to canvas further for Sanders and organize closer to communities near LOLHS. I hope to meet more people like Ray to help them understand that their humanity entitles them to just as much opportunity for a life lived with dignity as anyone else.

Thanks for reading, seriously.