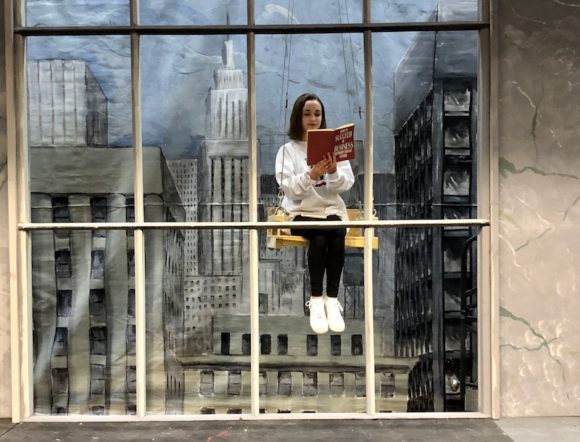 Last week the Old Lyme Players performed How to Succeed in Business Without Really Trying: a traditional musical about climbing the 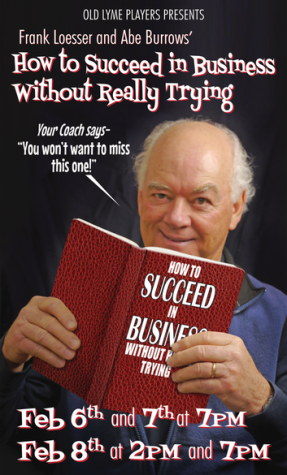 corporate ladder in the 1960s directed by Brian Cheney. Brian Cheney is a professional opera tenor who lives in Old Lyme with his family. Freshman Tova Toriello plays an aspiring businesswoman, J. Pierrepont Finch, who works her way up the corporate ladder in the World-Wide Wicket Company (WWWC). However, things are complicated when she falls for her secretary Reginald (Micheal DeGeatano). Meanwhile, the president of WWWC, Mr. Biggley (Jonathan Hamilton), tries at a love affair with the gorgeous Hedy LeRue (Jacqueline Malizia). Trouble starts when Bud Frump (Jean-Luc Buldoc), Biggley’s nephew, tries to ruin Finch’s reputation.

Near the beginning of the musical, Brian Cheney received backlash for giving a freshman the lead in the musical. Despite that, Tova Toriello played the part beautifully showcasing her voice in the process. Micheal DeGeatano, Finch’s love interest, voice surprised many. Micheal DeGeatano is a shy boy, which made it all the more impressive to see him step out of his comfort zone and perform such a large part on the stage. The comedic character of Budd Frump had the audience laughing for the entire show, and Hedy LeRue and Mr. Biggleys’ relationship was hilarious. Finally, the appearance of the infamous Bill Rayder as the book’s voice was absolutely wonderful; especially considering it was his first musical debut. The ensemble, even though they were small, were fabulous in projecting their voices and dancing. Of course, the stage crew also did an excellent job, as they always do. Finally, the pit was spectacular, and their music was beautiful.

Five great actors and voices will be leaving Lyme-Old Lyme High school later this year. Jean-Luc Buldoc has always played the comedic characters in the musical, and it will be a shame to see him go. Jonathan Hamilton’s voice is gorgeous, and not being able to sing with him next year will be upsetting. Phill Sweeney is a talented actor who has done the play and the musical for years; even though his part was smaller this year he has always shined in his years in the theater program. Emma Bass has been apart of the musical, show choir, and will be a team captain of tennis in the spring. Jacqueline Malizia is both a charismatic actor and singer; not only does she commit herself to the part, but the emotion seems genuine. Having such gifted people leave us so soon is unfortunate; however, they will all succeed no matter what they choose to do.

Brian Cheney’s contemporary twist on the traditional musical How to Succeed in Business Without Really Trying was both engaging and amusing. Originally, a man performs the lead role, and a woman plays his love interest; however, Cheney decided to reverse the roles. In certain songs sung by the two lead characters, the meaning was lost from the gender roles changing. Besides that this change did not affect much of the show. If the audience was unaware of the original musical, certain scenes may have been confusing. All things considered, Brian Cheney’s take on the classic musical was performed beautifully by the students of Lyme-Old Lyme High school.