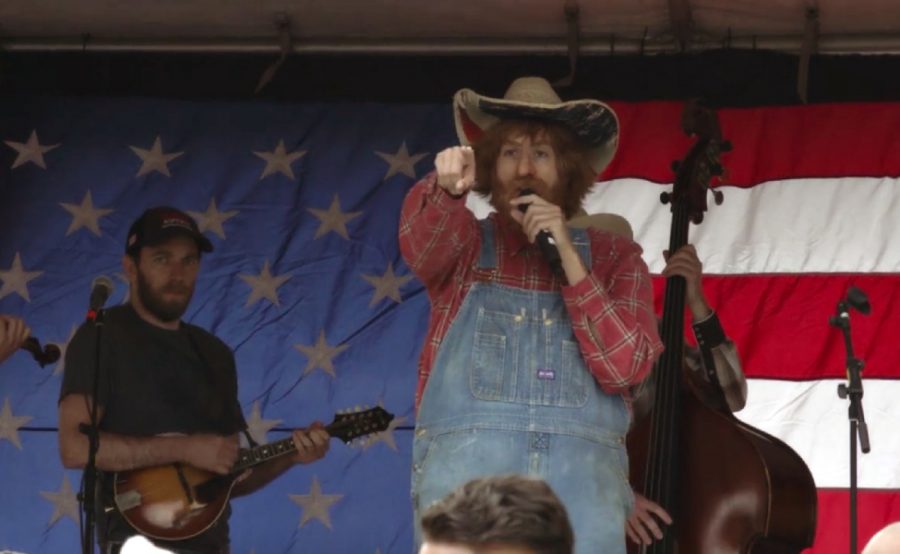 Last Friday, massively successful comedian and character actor, Sacha Baron Cohen, released a sequel to his 2006 movie Borat: Cultural Learnings of America for Make Benefit Glorious Nation of Kazakhstan. In the original movie, Baron Cohen dresses up as a Kazakh reporter and interviews unsuspecting American citizens and politicians. In Borat Subsequent Moviefilm: Delivery of Prodigious Bribe to American Regime for Make Benefit Once Glorious Nation of Kazakhstan, Baron Cohen strikes again. The Borat films, as well as Baron Cohen’s other movies that mix real interactions with scripted story telling, are known for their ability to expose the disturbing underbelly of the American psyche.

Predictably, Baron Cohen’s latest film has been met with criticism from reactionary voices, ranging from Amazon reviewers to the president of the United States. Many have disparaged the movie as “too political” or “liberal propaganda”; some watchers claimed “they ruined Borat!” To take away this point from the new Borat is, frankly, frightening. The original film, as well as Borat segments on Da Ali G Show, show him pranking Republican get-togethers, and being abhorrently antisemitic. Borat has always been political. The character was created to mock bigoted and primitive views in those Borat spoke with, and expose them in the process. Baron Cohen uses the character to get interviewees to open up and spill their true feelings about gay people, immigrants, liberals, Jewish people, putting their backwards views, in their own words, on display.

To miss that point in the first movie would suggest that one in part agreed with the views. If it takes Borat directly mocking Trump supporters and affiliated politicians for a viewer to see its political bent, that is cause for concern.

In an early Borat stunt, Baron Cohen sang a song to a bar of delighted listeners. It was about “throwing Jews down a well. In the 2006 movie he commends Bush’s “war of terror” to a stadium of cheering viewers. To miss the politics in that takes a remarkably shallow lens.

The comedy and effectiveness of Baron Cohen’s work lies entirely in his ability to show the truth behind American politics. There is a shock value as well as an opportunity for watchers to feel good that they are unlike the victims of Baron Cohen’s antics. In the new movie there is a new humanising lens applied to its subjects, which serves to make the movie’s politics hold more weight beyond their comedic value. It lends insight in a more nuanced way than Borat one, while retaining the same on-the-nose exploits.

I will end with this; all art is political. The reaction to 2020’s Borat has been almost as revealing as the movie itself.