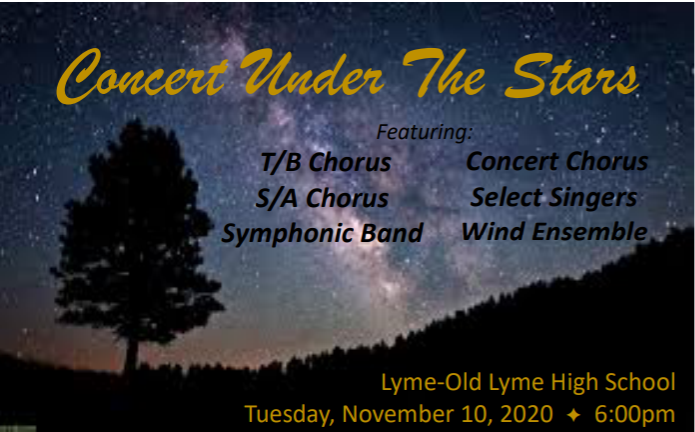 This past Tuesday, the music department held a concert under the stars. At the concert, all three choirs performed; along with Symphonic Band and Wind Ensemble. As a member of the choir, I can say that it was quite a different experience from a regular concert. It was more laid back and relaxing, but performing outside, especially singing, proved to be a challenge in itself. Overall, the sound was beautiful, and each group had an amazing performance. Kudos to the Tenor/Bass Choir, otherwise known as men’s ensemble, who had only three people perform, and still sounded phenomenal.

During the concert, we also payed tribute to the veterans who support our country through the song Armed Forces Salute by Joyce Eilers. Usually, the choirs would perform this alongside Wind Ensemble during the Veterans Day assembly; however, because of Covid-19 that was not possible. Thankfully, during the concert, we were still able to show our appreciation to the men and women who serve our country.

With Covid, people have been wary of going out, yet the turnout was outstanding. Support for the music department and the members of the choirs and bands is amazing. Hopefully, we can have another socially-distanced concert in the spring!