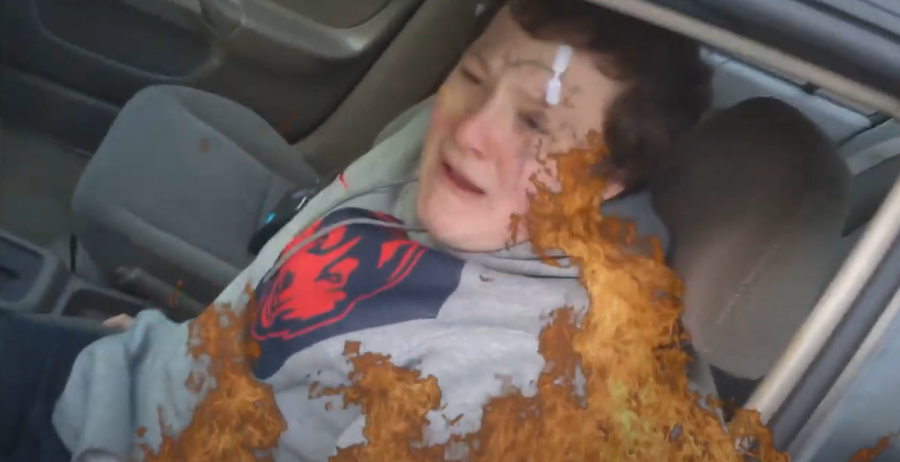 Big news! We at The Osprey are, yet again, saying we plan to do something! Our new big idea is to integrate sketch comedy into The Osprey website and media presence. Hopefully, putting out funny videos with The Osprey’s name stamped onto them will get more people interested in writing for, or at the very least – looking at, our magazine. The downside of this plan is of course that sketch comedy has to be funny, and that is quite the tall order. Though we hope Osprey members’ previous ventures in videography will make things easier, most all of our “good” ideas so far involve cop costumes, sped-up cartwheels, or the stealing of someone else’s idea.

To elaborate on how this venture will greatly benefit The Osprey: We have made efforts to conspire with the WLYM. For the last few years, the WLYM has, whether they know this or not, been our sworn enemy, and has seemingly won the war we were foolish enough to wage. Shamefully, we asked if we could put our sketches at the end of their broadcast and they gave us a soft “yes”. We did not tell them we would advertise The Osprey in these videos, we hope they do not care.

This, like all great plans, was designed to serve an ulterior motive; some members wanted to make sketch videos and figured this was a good scheme to have the school lend them cameras. We cannot promise excellence or anything concrete for that matter, but we do promise that we will try to make some comedic videos, and take solace in the fact that if we fail, it will still be funny to watch us embarrass ourselves.