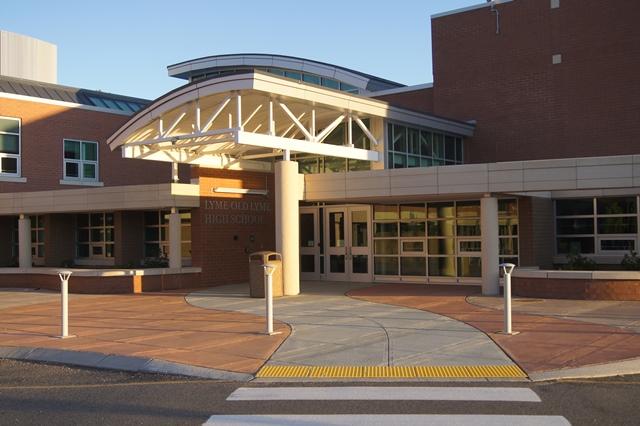 In the beginning of the 2016-2017 school year, LOLHS implemented a new grading system allowing for homework to count for no more than 10% of a course grade. This system is often being referred to as “90-10” , meaning 90% of course grades are comprised of assessments while the other 10% is homework; it should be noted, however, that not all courses follow this formula: the only specific change teachers were told to make was to reduce the weight of homework to no more than 10%, meaning some classes do still divide up the remaining 90 percent of the grade into separate categories. Following its unbeknownst implementation at the beginning of the school year, many students and parents began to feel, or bear witness to, the effects of this new system. As the first quarter continued, parents and students became wary of their grades and GPAs; students seemed to be receiving lower course grades, though still receiving the same test scores as they had in previous years. Many students experienced significant drops not only in their course grades, but in their grade point averages as well. These feelings of dismay culminated at the Board of Education meeting held on Wednesday, November 2nd, when parents and students alike came prepared to voice their opinions in front of the board.

The meeting began with a routine movement to approve the minutes of their last meeting, and continued into the public discussion section. The first to speak was a Lyme-Old Lyme parent who has requested her name not be used. She had previously requested more time than the usual two minutes to speak, and was able to complete most of her planned report before being told her time was up. The report went into great depth about not only the grading system itself, but the implementation of said system. She highlighted how “strange” it was to be implementing such a drastic change in grading at the high school level-usually, when a change such as this one is set to occur, it is first instituted at the middle or even elementary level, so that students and their grades may acclimate to the new system. She continued on to refer to several syllabi from previous years; in these syllabi, there were a varying range of categories and percentages, depending on the course. In one syllabus, the woman pointed out, homework accounted for 30% of the overall grade. These syllabi included categories that, in some classes, are nonexistent- participation, class work- and percentages quite varied to the new system. The varying range of categories, as she highlighted, allowed for students, who may not necessarily be good test takers, to better demonstrate their knowledge of the subject. For students who do not test well, the new grading system is, and has been shown in our district alone, to be incredibly detrimental. Many parents, and students, spoke up after the woman was cut off. One mom stated that her two children, a junior and senior, who had in previous years received academic excellence and scholar-athlete awards, were now not even making honors. Another parent spoke to the fact that her child, who had received honors in the past, had come up to her and said they “don’t even make the cutoff” for Uconn anymore, in regards to their grade point average. LOLHS student Julia Ritchie, junior, spoke about her younger siblings, both in high school; Julia stated that she saw her siblings taking the same course and earning the same test grades as she had, though receiving much lower overall course grades. Julia also took the time to analyze one of her sibling’s grades- a 77. After re-weighting the grade as it had been in previous years, the course grade became an 84, a significant change. Jordan Lewis, also a junior at LOLHS, spoke to her personal experience in history. After years of excelling in history class, and talking with her parents and guidance counselors, it seemed the appropriate choice for junior year would be to take AP U.S. History. After only a few weeks of taking the course this year, though, Jordan found that her course grade was having such a significantly negative impact on her GPA that it only seemed detrimental to continue. Jordan ended up dropping out of APUSH, a class she enjoyed, as a result.

Also brought up at the meeting was the impact this change was and would be having on the futures of Lyme-Old Lyme students. For many, this system was implemented during the most imperative years of their high school careers- junior and senior year. For colleges, these two years are largely the most important indicators of future performance- in short, they play a large role as a deciding factor in college admittance. Seniors, many of whom have applied or will be applying to colleges within the coming months, may be submitting Quarter One grades that they are not happy with, grades, in many cases, much lower than in their previous years. Students and parents shared their fear that colleges will look at these grades, unaware of the implementation of the new system, and interpret them to mean students’ work ethic or performance has decreased, and that they should not be accepted. Several parents even asked for grades to be suspended, or at lest retroactively adjusted, until/once issues have been resolved*. The board stated that this type of action would be “unprecedented”, to which many in the public responded with the fact that the new grading implementation was also unprecedented.

Parents also spoke to the non-academic effects the new system; one parent commented on the fact that the Region 18 school and community continuously pushes for well-rounded citizens, though with such emphasis placed on testing, and with no lessening of homework, students have no time to become these “well rounded citizens”. Students are forced, rather, to stay up late, until 12:30 as one mother commented, to not just complete homework, but study intensely for assessments that will bear significant impact on their grades. Two mothers also spoke to the physical manifestation of the stress students are experiencing. One mother reported that her daughter texted her, saying “I’ve had a headache for three days straight”. Another parent expressed that her daughter was currently in a migraine clinic because of the stress she was under as a result of the new grading system.

After nearly an hour of public commentary, the board spoke up to say that they would be going to recess, and upon return, moving on from the topic of the new grading system. One mother asked when a response would be given by the board in regards the comments and grievances concerning the grading. A member of the board spoke to say that their next scheduled meeting would be in one month; this comment was met with great dismay, with parents expressing concern over college admissions and what students would be going through in the mean time. One mom spoke to say that “These kids are living day-to-day, they are not living according to your board schedule”. After father Dave Williams asked that a board member with proper authority motion for a special meeting to occur before the next planned meeting, the room was met with silence. One mother stated that she was “disgusted” that no member would take the stand to motion for the meeting. No definitive answer was ever given by the board in regards to a special meeting occurring prior to the regularly scheduled meeting, though an email sent out by Mr. Wygonik on November 4th stated that an informational meeting would be held for parents on November 9th. Wygonik wrote that they would be “investigating” the claims made during the board meeting, and presenting their findings during this informational meeting.

At the November 9th meeting, Mr. Wygonik presented to parents and students the findings of his investigation. Wygonik referred to previous syllabi and average grades, and expressed that little change had actually occurred. Average grades of this year’s courses compared to last year, in most cases, had improved*, and both the World Language and Math grading has not changed; the weighting in both classes remains the same as in previous years. Later on in the meeting, several parents voiced their opinions on the information presented and were responded to by both Mr. Wygonik as well as several board members, including Chairwoman Michelle Roche and Superintendent Ian Neviaser. An apparent concern of both the parents and board members was the extent of homework students are completing- Mr. Neviaser expressed his dismay over the amount of homework, and Mr. Wygonik agreed this was an aspect they needed to improve upon. Overall, the meeting conveyed the message that there had been little negative impact following the change in weighting implemented at the beginning of the year.

*In an email sent out by Principal Wygonik, he stated that the posting of quarter grades would be postponed until “our investigation is complete”

*Wygonik himself noted that the averages alone do not necessarily tell the full story; “We’re not comparing apples to apples here- two different cohorts of students”. Though the averages of 2016-2017 students may have been slightly higher, this is not necessarily a 100% accurate portrayal of effects on grading given some students may naturally be achieving grades that are raising this average. 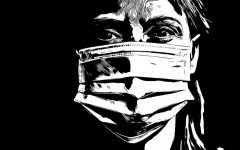 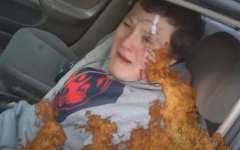 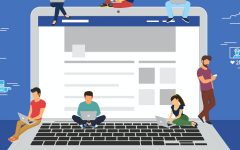 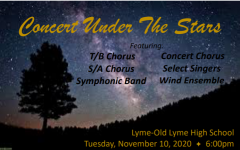 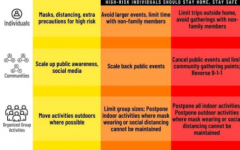