Why Fencing Is and Isn’t a Team Sport

Fencing is totally a team sport. Technically our “team” contains within itself four separate sports: men’s and women’s teams for both foil and epée swords. We are co-ed and contain three different schools: Lyme-Old Lyme, Valley Regional, and Old Saybrook. It’s the weirdest circumstances for a team you could find on campus (besides perhaps our wonderful men’s swim team). Despite all this, we practice together, we fight together, and we win together.

Or… do we? Physically, no, we really don’t (practicing, yes). When a fencer wins a bout against their opponent, they are, in effect, alone on the strip. You can’t tag out, you can’t pass to a buddy, you can’t get a high-five. You face a person behind a black mask, and the nearest person not trying to stab you is the ref. It’s rather quite introspective, really. You must have complete control over yourself under extremely high stakes in order to have any control over your opponent.

From an outsider’s perspective, it really does look like an individual’s sport.

Of course, this is wrong. The physical action is not the entire picture in any sport. For example, in soccer the coach, the benched kids, and the supporters are all off the field, but they’re still a part of the team. While a fencer might be alone on the strip, the cheers of your teammates very quickly remind you 1) that you’re not alone and 2) that it’s not about you, it’s about the team. Because behind you, the roars applaud your touches, and encouragements follow your failures. Your end goal is to fence the best you can and bring the team to the awards ceremony. For the Wildcat-Warriors, this is especially true, since our team, which has gotten much better in the past few years, wants to strengthen its name in the fencing community.

But our tournaments are designed individually. Yikes, another layer to this complex mess.

We take, for example, the East Lyme Winter Classic that occurred on December 3rd, 2016. This tournament was organized (as most but not all tournaments are) individually. This means that fencers are algorithmically assigned a pool and are later seeded regardless of to what team they belong. This means that while it is unlikely according to standard statistics, it is possible that two members of the same team can fence against each other in a competitive tournament. This particular event happened on four separate occasions that day.

Aoife Hufford and I were in the same initial pool of fencers (which is just a fancy term for a round robin). This is not too much of an issue because all fencers were guaranteed to fence in the elimination rounds. This is where it got interesting. In a bad way. For example, seniors Ben Jackson and Jeffrey Zhang had to fence each other in the direct eliminations. As a teammate, it is conflicting to watch. You cheer and console for each point, and you high-five the winner and hug the loser. It’s a fate no other varsity team at our school must face. To fence your foe is one thing. They are simply an obstacle, but to oppose a friend is another beast entirely.

In conclusion, fencing is definitely a team sport, but it is one entirely unlike any in which you’ve ever before participated. In a good way. 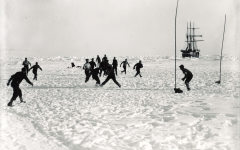 The Physics of Popular Sports: Soccer and Golf

Being a senior on Senior Night is weird. Most of the time, it doesn’t feel real. I’ve played volleyball for all four years of high school, and...

Boys soccer in a must win situation 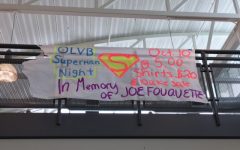 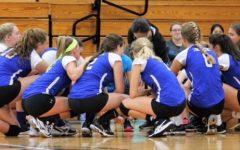